Educational Articles
No comments on Teaching Senior Faculty 60+ how to use Technology in their classrooms.

Teaching Senior Faculty 60+ how to use Technology in their classrooms.

Teaching Senior Faculty how to use Technology in their classrooms.

My job listing at Colleges and Universities is called an Instructional Technologist. Originally, the job was called a Staff Developer in the 1990’s. The demand for more technology created a void of people to be able to both repair desktop and laptop computers and to be able to teach educators how to use the software.

Early on Universities learned that you cannot just buy new computers and drop them in Professors laps and expert them to learn how to use them and the software contained in the computers. Hence, the development of the Instructional Technologist like myself who can show Professors how to use their computers in classroom instruction and research and understand how the various software programs work.

I was fortunate to have worked at several colleges and universities over 12 years that received Federal funding grants for staff and technology improvement. The majority of the faculty at St. Johns University, The College of Mount Saint Vincent, and New York University where I worked funded by grant programs were in the 60’s and 70’s and one in his 80’s.

One faculty member of the Biology department of St. John’s university taught 100 Freshman non-Biology students on an adjunct professor status. The pass/fail rate in his classes were well below average for the University. He was recommended by the Biology Department chairmen to me in the Faculty Training Lab which I was the Senior Instructional Technologist sponsored by a 2.5-million-dollar five-year grant from the U.S. Department of Education.

When I first met this professor, I was surprised to learn the he was 83 years old and could speak five different languages. As a standard procedure when I begin working with Senior Faculty (Over 60) I interview them to determine their needs and technical ability, so I can plan an individualized tutorial program to match their needs. This Senior Professor was a very likeable man, but he had no concept of technology. He taught all his classes with chalk and blackboard in a lecture hall designed for two hundred students. Students at the back of his classes must have had binoculars to see the writing on the blackboard. He never took any questions in his class and when the lecture was over he left immediately. I could see this situation was going to be a challenge. I set up a schedule for us to meet twice a week at 10:00 a.m. I gave him a new Lenovo Laptop with his name and password on it which I showed him how to use.

The first lesson he forgot to bring his laptop so we used another laptop instead. I tried to show him how to open the Microsoft Powerpoint program which most younger professors used to lecture their classes. Powerpoint is a slide show where the Professor can include titles and information against a graphic or table. He had never seen Powerpoint before, so I showed him how it worked. We made ten slides and I showed the small show we developed on the electronic screen we had in the Faculty Development Lab. He was amazed, but thought it was too entertaining and not educational. I gave him an assignment for the next lesson to make a small five slide show based on part of any of his Biology lectures and he agreed he would try.

The second lesson the Senior Professor was late to his lesson. He was very late in fact by 30 minutes. I thought he forget his lesson and decided to go to the bathroom while I waited for my next professor in a few hours. When I entered the men’s bathroom I was shocked to see the Senior Professor hiding behind the bathroom door. Professor I exclaimed! How are you? Did you remember you had a technology lesson with me today? Timidly he admitted that he was afraid to come to his tutorial because he was too old and too stupid to learn computers and software. It was then that I realized the greatest deterrent to Professors learning computer and software was FEAR.  Professors in their 60’s, 70’s and 80’s had skipped the technology generation.  Their strength was in the old-fashioned ways of chalk and blackboard for lectures.

I encouraged the Senior Professor to come to his lesson and I would go slowly with him. He agreed and followed me back into the Faculty Development lab.

From that point on I was especially sensitive to the age of the Professor in their tutoring programs.

Another Professor who was 72 at the time and taught Latin at St. Johns and was Director of the

Student Honors Program right next to the Faculty Development Lab was enrolled with 12 other faculty in a “Technology Summer Camp program.” In this program which I created and organized the professors gave up a week of their time to learn technology on a more concentrated approach. They came in before 9:00 every morning and coffee and treats were available for them. On the electronic white board in the background was several samples of methods of animation in Powerpoint for lectures and how to create educational games during a lecture to involve student participation. At 12:00 every day we had a catered lunch and social interaction as I floated around working individually with every professor. By 3:00 everyday they were done with various projects, games, animation, podcasts, etc.  The 72-year-old professor suddenly burst out the second day of the Technology Summer Camp and began screaming and shouting he could not do this or that and it was all too difficult. Everyone turned to me to do something. I tried to escort the 72-year-old professor out of the room to get him to calm down.

After much discussion, I managed to get him to go out into the hallway where we sat down in two study chairs. “What is going on Professor? I asked.”  “This is all really too hard for me. I am too old. I cannot remember things as well as I used to,” he said. I responded, “You don’t want to tell the University that or they will retire you on the spot. Everyone is different I told him and no two people learn the same way every time. This Is what I am going to do for you Professor.

I am going to let you take an hour off to calm down and get yourself together and then during the lunch break I am going to work with you in your office instead of the lab and slowly walk you through the projects.” He thanked me on the edge of tears.

That day during lunch time I excused myself and went into the 72-year-old professor’s office to work on the assignments. I was most grateful. This special approach worked and the next morning he was early and eager to get started. His project was to create a game where his students had to identify in Latin, graphics or pictures of something from the Story of Ulysses.

When the last day came for all the Professors to show off their projects, the 72-year-old professor had the best Powerpoint slide show with full blown graphics of Greeks and historical aspects of Greek stories in Latin. The entire room clapped when the 72-year old’s slide show and class game came to an end. Everyone loved trying to identify the graphic or pictorial clue with the Latin name. I made a life-long friend that week of that 72-year-old professor. He learned to love technology he asked if he could teach in the Faculty Learning Lab in the morning three times a week with his Latin classroom. At first I was about to say no because it would 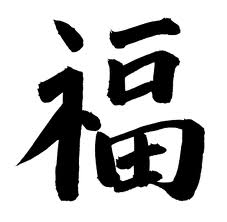 overlap with my teaching schedule at 9:00. As it turned out his class was at 8:00 am and there was no conflict. I told him I would ask for approval from the Provost and she agreed that it would be fine, so he began to teach in the Faculty Learning Lab. Wow, did he put on a show?

When the students arrived each morning, he had classical music playing in the background. He took my suggestion to use a U-shaped table arrangement so that he could walk up and down the middle of the U shape to engage students face to face. His laptop provided a slide show or classical picture from Ulysses travels with embedded music tracks. Each class he would walk up and down the middle of the U-shaped tables with the students sitting on the outside facing in toward him and ask each student a question regarding the assignment. It certainly was engaging. I was glad he took the summer technology camp. learn. Disperse your fears of being embarrassed and stay ahead of your students’ knowledge of software and computers and you will forever be one of the best professors at your universityTeach

Professor of Instructional Technology, Doctoral degree in Educational Administration from Columbia University-1993. Worked at NYU, St. Johns Univ., The College of Mount Saint Vincent, and the NY College of Osteopathic Medicine. Currently, College Tutor and published Novel writer specializing in Historical Fiction. In the works, Sister Angelina CIA Nun, The Night is a Child (a mystery story of Africa), and The Personal Diary of Anne of Cleves, 4th wife of King Henry VIII.
Previous Post
Next Post