Educational Articles
No comments on The Curse of the Samurai Kabuto.

The Curse of the Samurai Kabuto. 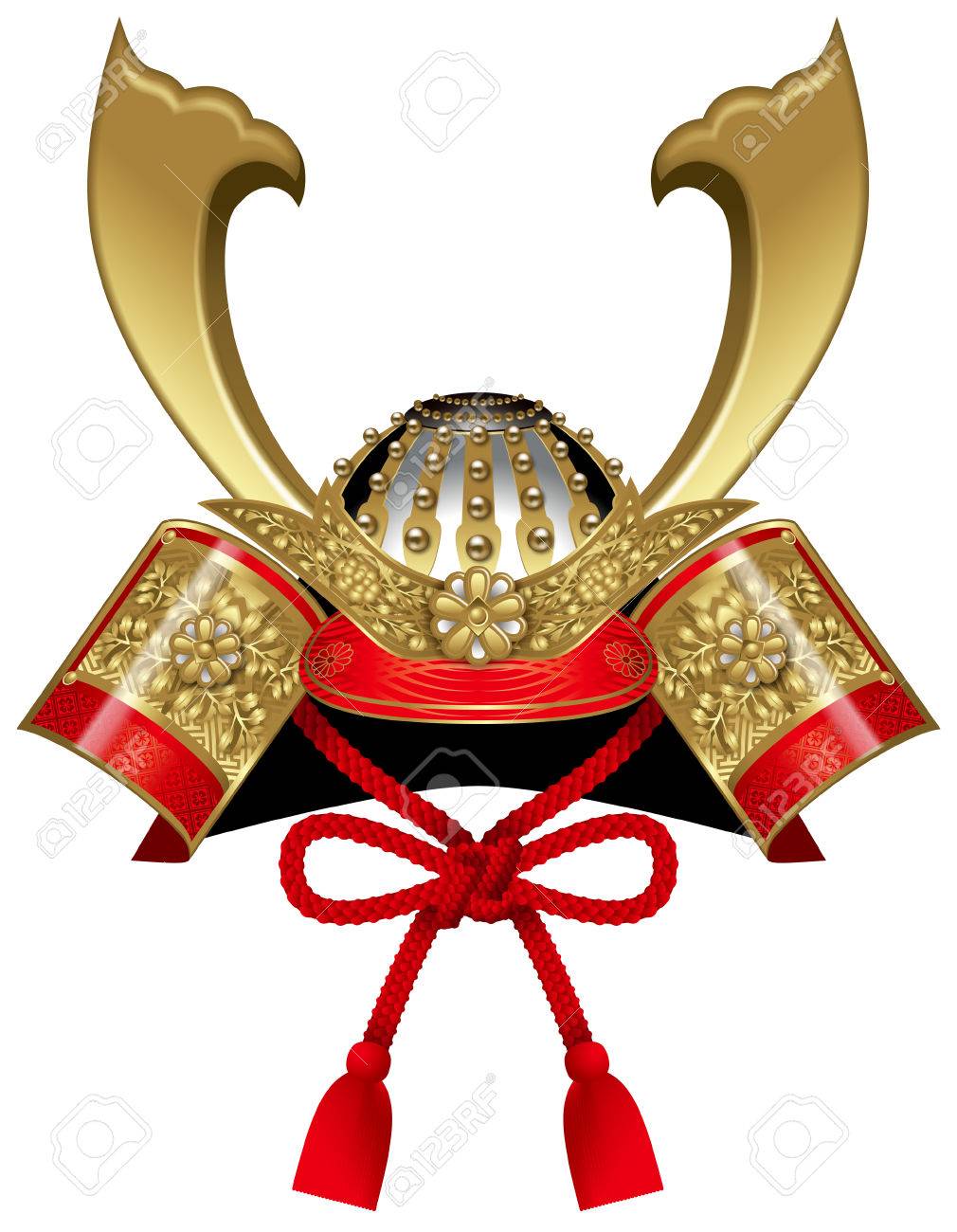 The Curse of the Kabuto of Samurai Taira no Masakado.
By Dr. Pelham Mead

My newest movie script in novel format before converting it to dialogue.

Jimmy Devesto son of millionaire John Devesto of Rye, New York is 13 years of age. His father purchases the original first century Kabuto and armor of an immortal samurai Taira no Masakado. John Devesto pays five million for the kabuto with elk horns and reddish style armor. John is warned when he purchases the kabuto and armor that there is a curse on the kabuto and armor from the beheaded Taira no Masakado. John Devesto pays the warning no mind. He tells Jimmy about the exploits of the famous samurai Taira no Masakado and how when his father died he had to fight his greedy Uncles for his father’s land and riches. He does not mention how Taira died by having. His head severed from his body and the head was taken to the Emperor who had the head hung on the palace gate for many weeks. The head never rotted and every night it came off the hook and traveled around the land.

Jimmy wanted to come up with a unique costume for Halloween put on the Kabuto (Helmet) of Taira no Masakado and suddenly Jimmy was overcome with visions of Taira’s life and battles. He fell to the ground with the kabuto on his head and began to dream he was back in the first century Japan. He could see his Uncles coming for him to take his father’s land from him. Anger arose in his body and he began to shake. He had his katana sword in his hand and he could see as he cut men who ambushed him right and left.

When he finally took the kabuto off the dreams stopped, but something evil remained in Jimmy’s mind. When Jimmy’s father realized Jimmy put on the kabuto of Taira no Masakado the famous samuri he was angry. It was then he told Jimmy that the kabuto was known to be cursed and that the head of Masakado caused many to die and brought bad luck. A shrine where the head of Masakado is buried is found in …. Japan John told Jimmy. Personally, John did not believe in ghosts and curses, he just admired the beauty of an ancient Samurai kabuto with impressive elk horns and a reddish style set of Japanese Samurai armor. Jimmy on the other hand have night-mares ever since he put the kabuto of Taira.

A month later Jimmy is attacked by a bunch of local bullies and thieves who demanded Jimmy’s watch, wallet and money. Jimmy told them no. Suddenly, six thugs attacked Jimmy at the same time. Out of no where Jimmy suddenly knew how to defend himself. He tool a nearby broom and used to to poke and injure all six bullies. The gang eventually fled from the scene all bleeding and holding their wounds. Jimmy was amazed since he had never taken any karate or martial arts instruction in his life. When he went home Jimmy did not tell his father about the attack at the local park.

A week later Jimmy ordered a pocket knife with a long 12 inch blade to protect himself in the future. After he received the knife in the mail he began to read and study how to fight with a small knife, sometimes known as a dagger.
The bullies that attacked Jimmy before return, but this time Jimmy has a weapon and is ready to use it. When the biggest bully attacks Jimmy, jimmy pulls out his pocket knife with the long 12 inch blade and ripes a slashing cut from the bullies shoulder to his hip. The spinning around it cuts the bully from the other shoulder to his hip exposing his intestines and spilling blood everywhere. The remaining bullies run like hell to get away from the kid with the 12 inch knife. Jimmy goes home but never tells his father about the attack of the bullies. The police have no witnesses except the bullies and they have no credibility because they are members of the Flying Dragons gang. Jimmy afterward feels a sense of superiority with his ability to handle a knife. Knives become an obsession with Jimmy.

Later on in high school, Jimmy joined the Fencing team and learned how to use a sabrer, Epee, and French Foil. After one season he learned all the moves so well that he beat everyone on the team. The Coach Bill Waters made Jimmy number one fencer on the team. “Jimmy is a natural. I have never seen anything like it. He fights like a samurai, whether he is using a sabrer, Epee or Foil. Everything he does seems to instinctive. Jimmy went undefeated the following season with only one season of experience. The team began to call him the fighting Samurai. Jimmy often had flashbacks when fighting of a samurai fighting other samurai. It was strange as if he was actually in the middle of a samurai battle in first century Japan. He could even feel the kabuto rubbing against his head and the string tied under his chin.

One night while walking home from high school, Jimmy comes across a rapist who had a young girl down on the ground and was tearing her clothes off. Jimmy comes to the rescue and pulls out his 12 inch pocket knife and slashes the rapist across his back causing him to drop to the ground. The girl named Peggy is grateful, but in shock. Jimmy takes Peggy to the local hospital for treatment an leaves the rapist to bleed to death in the city park. After Jimmy takes Peggy to the hospital he tells her his name and number if ever she needs help. After recovering from shock and bruises in the hospital, Peggy contacts Jimmy at his home and thanks him for saving her life. Later at a Football game Jimmy sees Peggy in the crowd and he walks over to talk to her. A romance develops when he takes Peggy for ice cream after the football game. The romance continues on after Jimmy graduates from high school. Both him and Peggy begin attending Columbia University in Manhattan as students. Jimmy and Peggy become serious in their romance.

Upon graduating high school, Jimmy chose Columbia University in New York City because they had one of the best Fencing teams in the country. The Fencing coach gave Jimmy a ? scholarship or financial grant as the University called it for Jimmy’s skill ability in Fencing.
All during the season Jimmy was undefeated until one day he fenced a Japanese-American student from Stamford, California named Manny Tasuku. When they began with the saber fencing something seemed to take over Jimmy as if he was a real samurai and when he looked at his opponent Manny Tasuku, all he could see was a samurai dressed in a kabuto and armor. Jimmy won by forcing Tasuku off the fencing strip three times. Tasuku was previously undefeated in the Western USA division of College Fencing. Coach Bill Greenberg was amazed how aggressive Jimmy was during the saber match. He congratulated Jimmy for an outstanding win over Stamford University’s best fencer. That night Jimmy dreamed of a samurai named Minamoto Tasuku attacking him and he was all of a sudden Taira NO Masakado and it was the first century AD in Japan in a place called Momoto near Hitachi provence. Eventually, Jimmy becomes a Lawyer and marries Peggy. They live in Manhattan on the East side 181st street and 2nd avenue. Jimmy becomes a vigilente at night seeking out criminals that become famous. He uses Samuari techniques in killing these criminals. Always a knife and never a gun becomes his motto. Peggy has no clue about Jimmy’s nefarious activities. She is a nurse at New York University medical center. Finally, he meets another person who is the reincarnation of Taira No Masakado’s mortal enemy Minamoto Tasuku tries to ambush Jimmy in a parking garage and a sword fight begins with Jimmy pulling a katana sword out of his car trunk and Minamoto using his katana sword. Both engage in two handed sword battle. Jimmy wins and kills Minamoto Tasuku who tells Jimmy his real name before he dies. Jimmy dumps Minamoto’s body in the river.
Police detective Ralph McGrath comes on the scene when the body of Minamoto washes up on the shore. Minamoto’s body is slashed to pieces. A very sharp knife killing is suspected because the cuts are so precise and deep. Ralph tries to determine why he has no information in the Police records of any Japanese male missing.

Professor of Instructional Technology, Doctoral degree in Educational Administration from Columbia University-1993. Worked at NYU, St. Johns Univ., The College of Mount Saint Vincent, and the NY College of Osteopathic Medicine. Currently, College Tutor and published Novel writer specializing in Historical Fiction. In the works, Sister Angelina CIA Nun, The Night is a Child (a mystery story of Africa), and The Personal Diary of Anne of Cleves, 4th wife of King Henry VIII.
Previous Post
Next Post