Starting a Gymnastic movement in the 1960’s

If there was any sport more backward in Public School in the 1960’s it was Gymnastics. The Physical Education teachers did not have the college training to properly teach gymnastics, nor did they understand the progressions for teaching skills. Most of all they did not purchase the proper landing mats, tumbling mats and equipment to make gymnastics possible. This was the situation I faced in 1967 when I began teaching at Kakiat Junior High school, East Ramapo Central School district in Spring Vally, New York.

At that time the Physical Education teachers used gymnastic equipment for a fitness course with swinging from the ropes, jumping over the parallel bars with a mat over, vaulting over a side horse with the pommels on, etc.  It did not represent gymnastics in any way, but it was easy to teach since all the teacher did was time students going through the fitness course.

It took a few years but I began to show the other Physical Education teachers how to demonstrate the skills or use a talented P.E. student to demonstrate the skills. I made six balance beams carpet covered from 4×4 beams with a 2×4 beam screwed into the top beam. This allowed many students to practice without falling. For side horses I got new pommels and covered a few reject side horses from the high school that they were going to throw out. Now I had three or four side horses and one buck to work with. I eventually replaced the rope rings with lead rings since they fell out of the ceiling with me doing a dislocate at the time. I crashed to the mat and the class all laughed. Buying a 15 passenger Dodge van allowed me to transport gymnasts and equipment inside. I could take the seats out and slide mats and equipment inside. 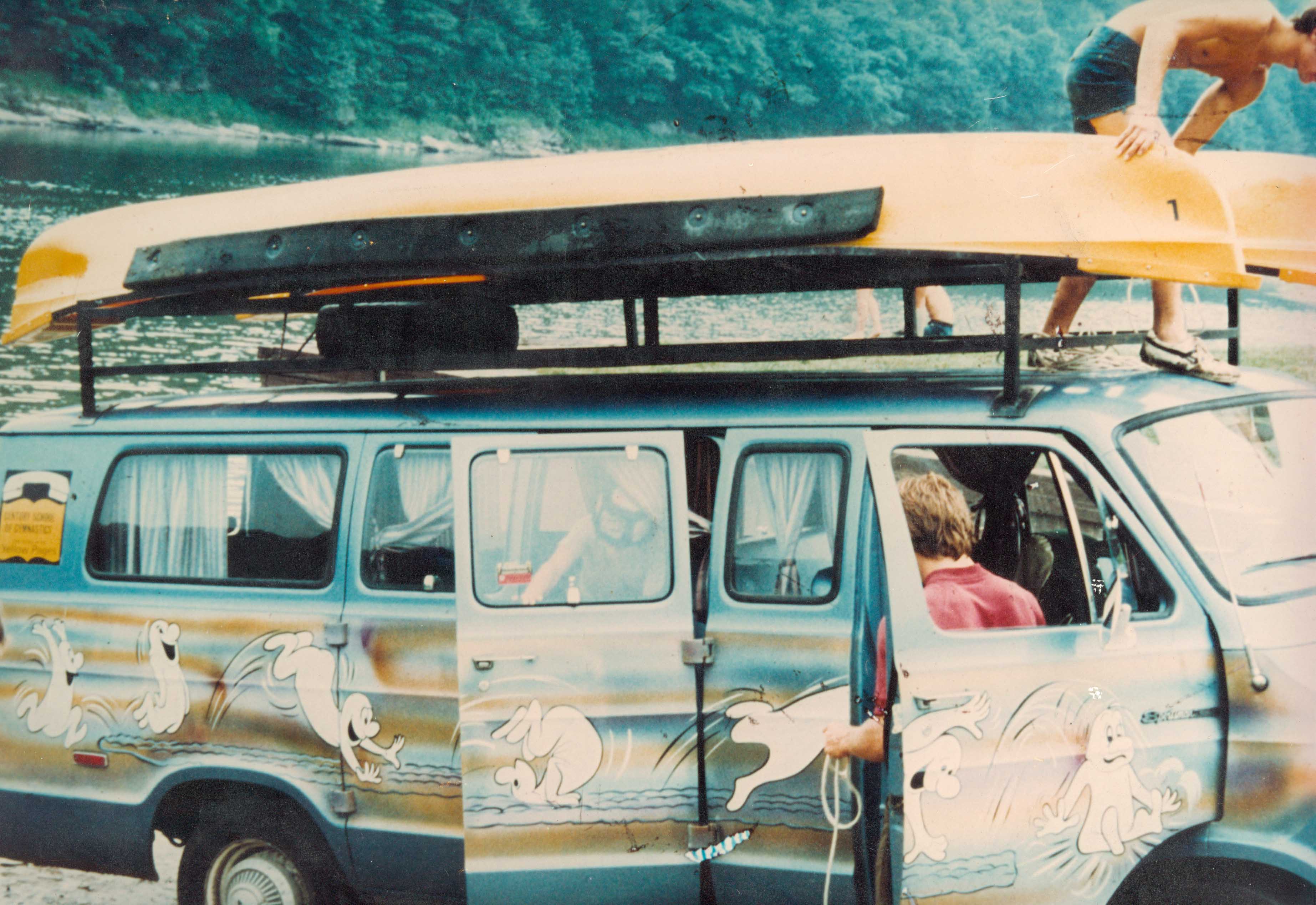 The 15 passenger van took us to gymnastic shows, clinics, and interstate gymnastic shows. I looked around for donations of equipment I could fix and use. I found out that if  I ran a gymnastic clinic the Gymnastic corporations, Nissen, Gym Master and American would provide new loaner equipment and consultants to go with them. I kept the equipment for six months to a year to have something to work out on. Sometimes colleges would sell their old equipment to buy new. Such was the case with the West Point Military Academy, New York which wanted to sell old horse hair mats and a spacebar rig and other old equipment so they could buy a carpet FX mat. I bought everything they had for cash and rolled the heavy mats down the stairs from the third floor of the gym building. We had a borrowed dump truck to load the mats and equipment into. I used the mats as a subsurface to make landing from the highball and uneven and balance beam safer. Ethafoam mats went over the old mats. Over the years I learned to recondition side horses and replace the old leather with naugahyde  which was cheaper and stronger. Each season I added more equipment to the stockpile so that we were up to date with plenty of practice equipment and factory loaners. It was how the team began to grow from 20 kids boys and girls to two assistant coaches and 120 gymnasts.